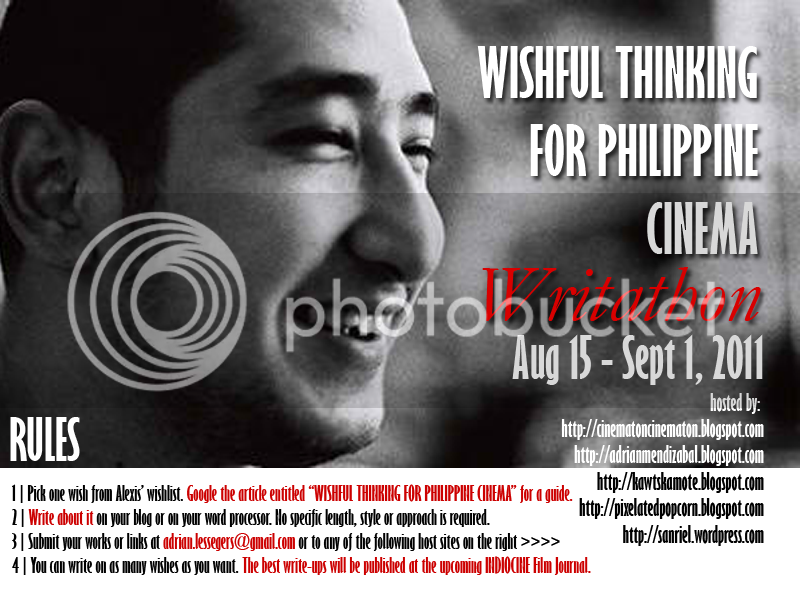 WRITE FOR ALEXIS and his wishlist for PHILIPPINE CINEMA!

1 | Pick one wish from Alexis' wishlist. Google the article "WISHFUL THINKING FOR PHILIPPINE CINEMA" for a guide.

2 | Write about it on your blogs or word processors. No specific length, style or approach is required.

3 | Submit your works or links at adrian.lessegers@gmail.com or to any of the following host sites below:

4 | You can write on as many wishes as you want. The best write-ups will be published at at the upcoming INDIOCINE Film Journal.